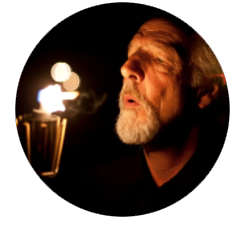 Brian has followed twin careers as playwright and actor for many years.
His first play was written at the age of 20, while working back stage at the Everyman Liverpool and giving drama workshops at Liverpool University.

As part of Parrabbola for the last ten years he has specialised in commissioned writing for large-scale, site-specific Community Plays and musicals. Usually based on local, national and international history and events. Often addressing the history of the common people’s struggles for democracy.

These have been staged at Rickmansworth, Liverpool Philharmonic Hall, The Wirral, Rotherham and the Milennium Dome, New Theatre Royal Portsmouth, Tilbury Fort and The Haymarket Theatre Leicester. His most recent play for the company, Half a Cod a Day, was a “must see show” at the Brighton Fringe Festival, fighting the cause of the Hastings fishing fleet against Fishing Quotas.

He has also been dramaturg and writer for Parrabbola’s European productions of Pericles, and The Winter’s Tale at the Gdansk and Ostrava International Shakespeare Festivals.

He was also chief writer, researcher and compiler for 200 programmes of the original
Fifteen-to-One for Channel 4.

His next play Bird on the Wire, a political thriller, will be showing at Questors Theatre, Ealing in February 2017. 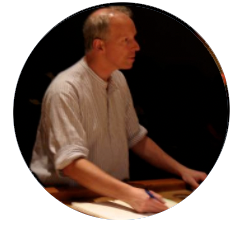 Philip is a director of theatre, opera and festivals. In addition he works widely as a creative producer with expert experience in programming and project management. Philip was born in New York City and educated in Australia. He has also worked as an actor, singer, musician, composer and puppeteer.

As a director, his productions have been seen around the world. He was founder and Artistic Director of Spitalfields Market Opera, a purpose built chamber opera house for London and the first opera house built in London for over 100 years, where he directed works by Mozart, Salieri, Gluck and Offenbach as well as the first performances of the first Australian Opera, Don John of Austria, in a new orchestration by Sir Charles Mackerras.

In the theatre Philip has made a particular reputation as a director of large scale community plays, chiefly working as Artistic Director of Parrabbola. This work has extended to encompass multi-lingual site specific Shakespeare productions of Pericles (2010) and The Winter’s Tale (2012) in Gdansk (Poland) and Ostrava (Czech Republic) and most recently Romeo and Juliet to celebrate Shakespeare 400 in Craiova (Romania) in April 2016.

Philip is currently co-director and programmer of the York International Shakespeare Festival, with a determination to bring exciting and innovative interpretations of Shakespeare to York, alongside the best independent UK productions. His own production of Henry V for a single actor has been presented across Europe in 2016 and continues to tour internationally.

Philip has directed the Swaledale Festival and Bath Shakespeare Festival, and planned the cultural festival for the Asian Games in Doha 2004. As part of Liverpool Capital of Culture 2008, he was Artistic Director for the Holocaust Memorial Day National Event held in the Liverpool Philharmonic Hall. Philip programmed theatre, dance and film for the 2015 Bloomsbury Festival and in the same year was the Artistic Director for Theatre and Dance for Kingston Welcomes Korea, a new festival celebrating all things Korean, hosted by The Rose Theatre in Kingston.

Philip is a founding council member and Secretary of the European Shakespeare Festivals network, has been a board member of BAFA (British Arts Festivals Association) and is a Trustee of Cardboard Citizens, the leading UK theatre company working with the homeless. 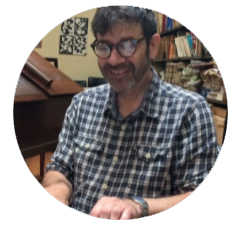 Matt is a composer, musical dramatist and performer. He studied Creative Arts at Nottingham Trent University, Composition at the University of Nottingham and Musical Theatre Writing at the Tisch School of the Arts at New York University, where he received the Frederic Loewe ASCAP award for Musical Theatre.  He has an extensive CV composing original scores for theatre, dance and performance, including work for Nottingham Playhouse, West Yorkshire Playhouse, Sheffield Crucible, Tell Tale Hearts, Retina Dance and Polka Theatre. He has had work performed in Gdansk, New York, Hobart and Shanghai.

He is an associate artist with Maison Foo, with whom he composes, devises and performs.  Matt is also a specialist in music and drama for children and adults with moderate and severe learning disabilities, particularly through his work with Nottingham Playhouse and Bamboozle Theatre Company.

For Parrabbola, he has written the music for Pericles, The Winter’s Tale and Romeo and Juliet, in Poland, The Czech Republic and Romania.

As a musician, Matt plays accordion with The Balkan Express and Maniere Des Bohemiens and keyboards with the jazz trio Kiplefti as well as numerous other bands.
For more about Matt’s work please visit www.mattmarks.com